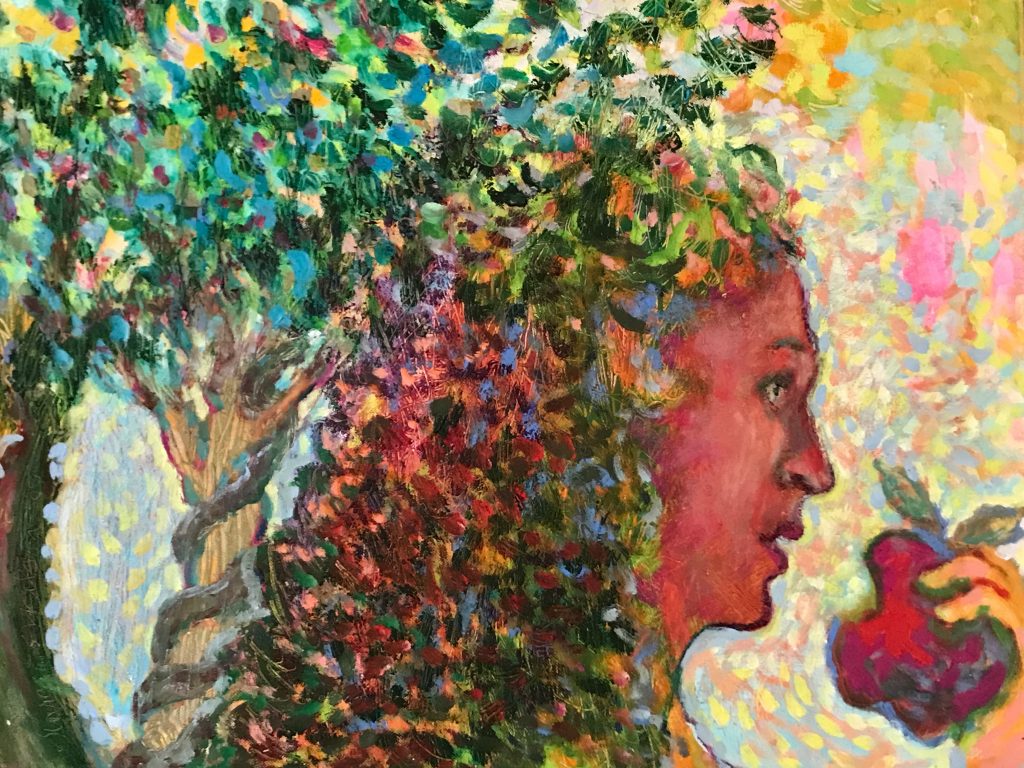 Welcome to the inaugural issue of Sycorax Journal! I’m delighted to bring you this stunning collection of mythic poems.

While the poets were not asked to write on any given theme or subjects, there are certain conversations that take place among a number of the works. Most poets sent their submissions to me way in advance of the Kavanaugh hearings. When I had the full collection and re-read them, I was struck by the incredible prescience of Jane Yolen’s “Severance” (one line in particular, which I won’t quote here because, as River Song would say, “spoilers”). It works beautifully with Sonya Taaffe’s poem about girls dedicated to Artemis, which was written in direct response to the hearings.

Rose Lemberg’s “The Fear Tree” and Sonya Taaffe’s “Acceptable Documentation” reflect, to different degrees, the xenophobia and other frightening trends running rampant in the United States these days. Sycorax Journal is not intended to be a political magazine, but speculative poetry, like all good writing, has as its true subject human hearts, minds and lives—no matter what the setting or who or what the characters. Other synchronicities—or I’d prefer to think of them as harmonies—occur in the issue, such as the prevalence of trees and apples.

Which brings me to the cover art. “Eve” is a painting by Marcia Sandmeyer Wilson, who died this summer. I own the painting, as well as several others by Marcia, whom I first met when I worked for the Arts Council of the Essex Area in New Jersey and she was a frequent participant in our Art Exhibit. I had asked Marcia’s permission to use the image as the cover of a book, and later changed my mind. I think she would be delighted to have it included here instead. I never discussed the painting with Marcia but to me this image has never been about the Bible or sin but is a mythic visual poem about passion. If you knew Marcia, a larger than life person whose paintings are just about the greatest celebrations of joy I can imagine (a couple, two dogs and a cat dancing in a field faces my computer as I type this), you’d probably agree with this interpretation.

How to Steal a Selkie Skin – Brittany Warman